The Roots of Shakti Dance® 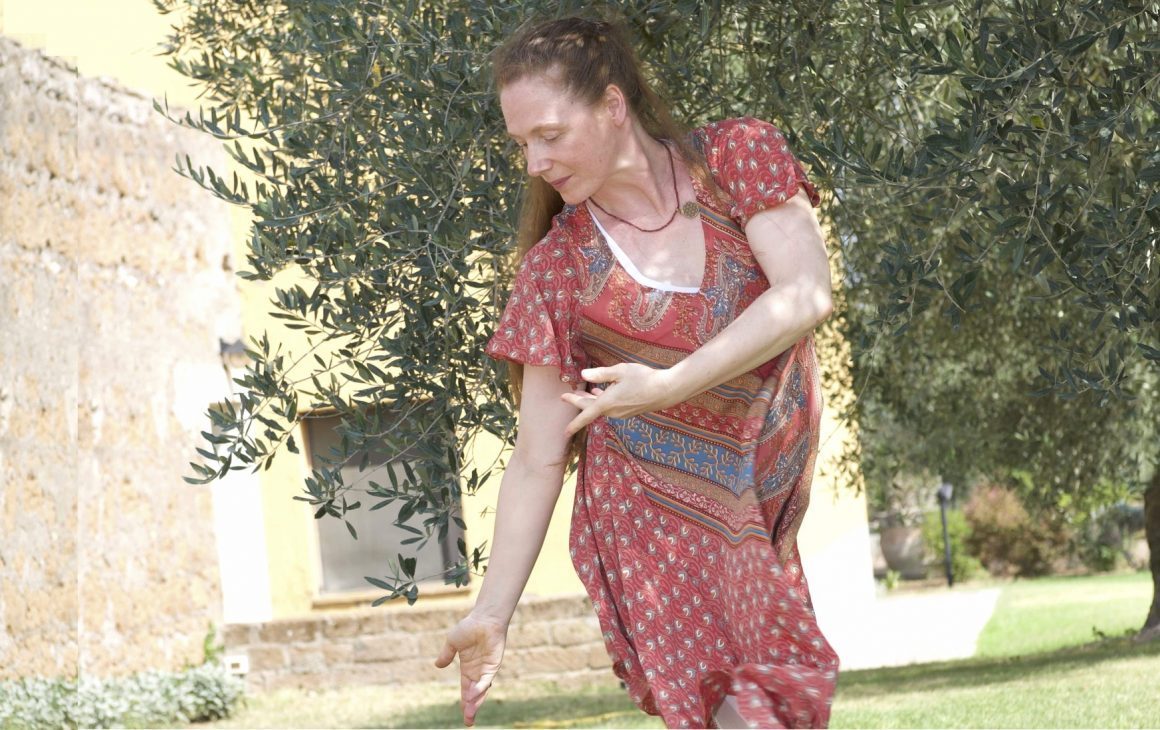 As the ‘Yoga of Dance’, Shakti Dance® draws its principles and system from a coherency of universal spiritual truth. Its roots are in resonance with one Sacred Common Core of Life, the original Source and vibrational reality at the heart of different spiritual traditions worldwide. In Sanskrit this is known as the overarching path of Sanatana Dharma – the path of Eternal Truth. In modern physics it is expressed as Singularity and the Unified Field.

The dynamic form and physical mechanics of Shakti Flowing Asanas (Phase 2 of a Shakti Dance® Class) tend to be slow, fluid, organic, relaxing and mindful – heightening sensory awareness throughout the dynamic flow of the postures. This mindful approach reflects Sara Avtar’s Vipassana practice, in the Buddhist Theravada tradition, under the guidance of Bhante Sujiva (2001-2017).

The subtle flow of movement in all the phases of Shakti Dance® is the systemised embodiment of what Sara Avtar refers to as the ‘Universal Principles of Movement’ – a unique aspect of Sara Avtar’s synthesis. Here, she pools together the 5 Yogic Elements with the Vipassana technique of elemental awareness in ‘slow walking meditation’. This is also cross-referenced with ‘moving principles’, inspired by Donna Farhi’, deepened by Sara Avtar’s flowing Qigong practice inspired by Master Gao Yun, and rooted in the principles of Tai-Chi she studied with her father.

Sara Avtar’s awakened kundalini experience in her early twenties and her insights as a life-long spontaneous dancer gave rise to an inner organic wisdom, revealing natural undulating and spiral flow, which was further refined through decades of yogic practice. Her study of Oriental, Indian, African and Modern Dance styles also all find confluence in the authentic aware flowing movement she facilitates through the practice of Shakti Dance®.

On an energetic level, Shakti Dance® offers unique sequences of exercises and movement according to their qualities, in context with the theme of the session. Here, yogic energy systems e.g. the three gunas, five vayus, eight chakras, nadis, meridians and ten bodies, are activated and rebalanced. The exercise sequences mostly arise in response to the momentary need of the group and theme.

This intuitive approach reflects Sara Avtar’s meditative healing experience as a Sat Nam Rasayan healer (1993-2008). The intuitive approach is then further evolved through the consolidated practice of Shakti Dance® and its resultant activation of awakened Prana-Shakti, prompting natural inner guidance. Sara Avtar refers to this creative inner guidance as “Swara Rasa” – the ‘Resonant Flow of Radiant Being’.

Common to other Sanatana Dharma traditions, Shakti Dance® draws its yogic foundation and philosophical frames of reference from Patanjali, Samkhya, Vedanta and the right-handed path of Tantra, while embracing a sonoric Bhakti approach of Sikh & Sufi Traditions, with a deeply feminine heart. Shakti Dance® includes both Sanskrit and Gurmukhi mantric sound-current and music.

The intention of Shakti Dance® is to facilitate a coherency of universal spiritual principles and values for transparency of conduct in all areas of daily life. In lieu of this, Sara Avtar shares: “While acknowledging the effectiveness of Kundalini Yoga practices, I and the Shakti Dance teaching collective in no way condone Yogi Bhajan’s abusive or corrupt actions. We are committed to acting with fairness and respect and to finding wholesome and undogmatic ways to practice yoga, while supporting the survivors of this or any other context. Our intention is to facilitate their healing and safeguard against dysfunctional attitudes and conditions that could continue to render people or our Earth vulnerable to abuse.” ~ Sara Avtar